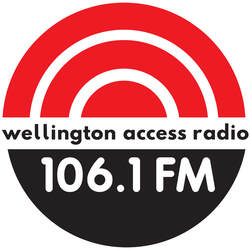 In the fifteenth episode we talk with Alick Zhang.
Alick Zhang was born and grew up in Harbin city, the capital of Heilongjiang Province, China. After completing his diploma study he came to New Zealand in 2001, to immerse himself in a different culture and study English. He obtained a Bachelor of Business Information in Systems Development and Information Management from Massey University. Now Alick works at the Ministry of Education as a Senior Test Analyst. Motorbikes are a passion for Alick and he has appeared in the ACC videos of motorcycle riding safety and training, called Ride Forever. Alick and his wife pay a lot of attention to their boys’ Chinese language and Chinese culture learning, and let the boys attended the Wellington Chinese language school weekly. The boys started to be interested in Chinese painting after their Chinese poems performance in Te Papa in June, now they are learning Chinese painting from their grandfather, Chinese painter Qianxiang Liu.
In the fourteenth episode we talk with Martin Kwok and Tony Leong.
Martin Kwok and his cousin Tony Leong are fourth generation Chinese in New Zealand. As the youngest and oldest cousins of their generation, who are separated by a 31 year age gap, they had somewhat different experiences growing up within a large family who witnessed the progress and changes their parents made for their future generations. Their great-grandfather came to Otago from Jung Seng County, Guangdong, China, during the late 1880’s. Their grandfather William Kwok came to New Zealand in 1901 to join his father and then studied English in Dunedin. After returning to China for marriage, William came back to New Zealand in 1918 and ran fruit and goods shops. He was a well-respected leader in the New Zealand Chinese community. William had 9 daughters and a son who became a highly regarded ear, nose and throat surgeon; he is Martin’s father Frank Kwok. Martin’s father waited 13 years to get his family’s approval to marry a nurse with Anglo-Scottish heritage; in the 1950s inter-racial marriages were uncommon and not readily accepted in both western and Chinese communities.
In the thirteenth episode we talk with June Wong and her daughter Kirsten Wong.
June Wong is second generation Chinese in New Zealand. Her father Chun Yee Hop was from Baishi Village (pronounced Bark Shek in the local dialect), Zengcheng (pronounced Jung Seng) County, Guangdong Province and came to Wellington in 1895. He operated a number of fruit shops and was a long-time Wellington president of the Chinese Masonic Society, Chee Kung Tong. June is the youngest of the 18 children of mother Wan Chu-Lin and the only one to attend university. She studied dietetics at Otago University and worked at Wellington Hospital. June’s daughter Kirsten grew up in a large extended family that sparked her ongoing interest in her family history. She is involved in the New Zealand Chinese Association S.S. Ventnor project, the ship that was en route to China with 499 Chinese miners’ coffins which sank off the Hokianga Heads in 1902. 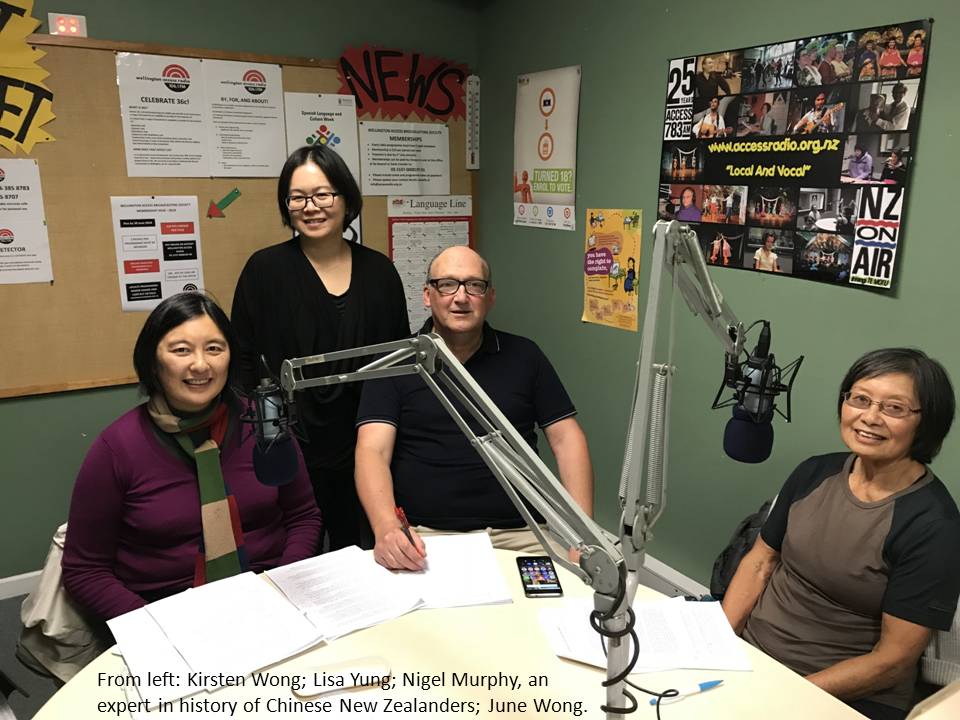 In the twelfth episode we talk with Ma Lin.
In 2002, Ma Lin was the first generation of her family to come to New Zealand. She grew up in Changsha, Hunan – the province of Mao Zedong. She studied Educational Psychology at university and was a teacher at a college for 10 years in China, however, she followed her passion of becoming an Early Childhood Education teacher in New Zealand and is now qualified and registered. Since 2003, she has spent her spare time teaching children Mandarin at the Wellington Chinese Language School, and because of this work, she has been granted an Excellent Overseas Chinese Teacher award by the Chinese Government. 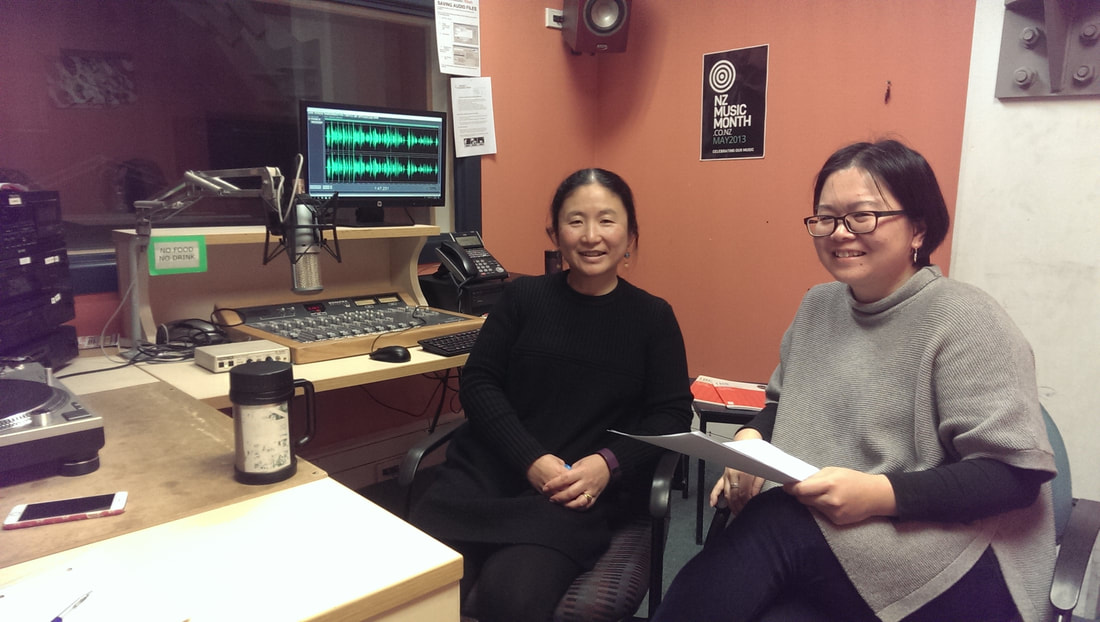 Ma Lin and Lisa Yung in the studio
Ma Lin has been awarded an Excellent Overseas Chinese Teacher award by the Chinese Government, 2014
In the eleventh episode we talk with David Eng.
David Eng is a third generation Chinese in New Zealand. His grandfather arrived from Taishan county, Guangdong province, China, in Otago in the early 1900s, and was involved in the gold mining industry. David’s father came to New Zealand in the late 1920s and also spent time gold mining, and later working in the laundry business in Gore and Invercargill. His father relocated to Wellington and eventually owned a laundry business called Chan Foon Laundry in Majoribanks Street for 35 years. It was the last Chinese laundry businesses to close in New Zealand in 1981. Pātaka museum in Porirua has a historical piece of laundry equipment that is housed in their collection from David’s father. Now David is retired. 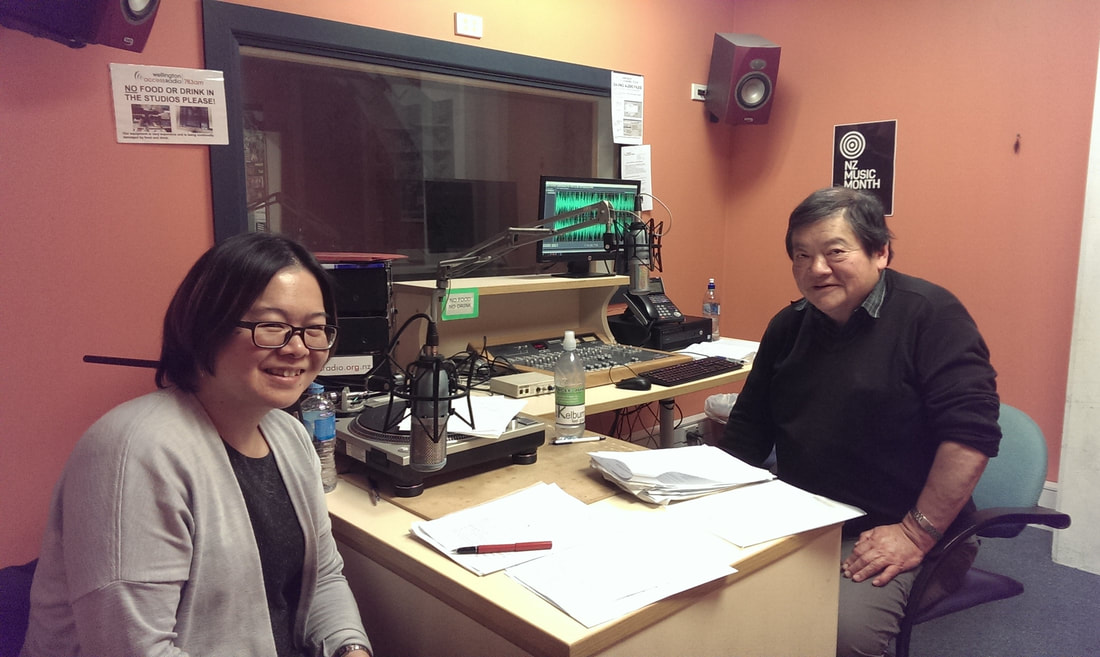 David Eng and Lisa Yung in the studio 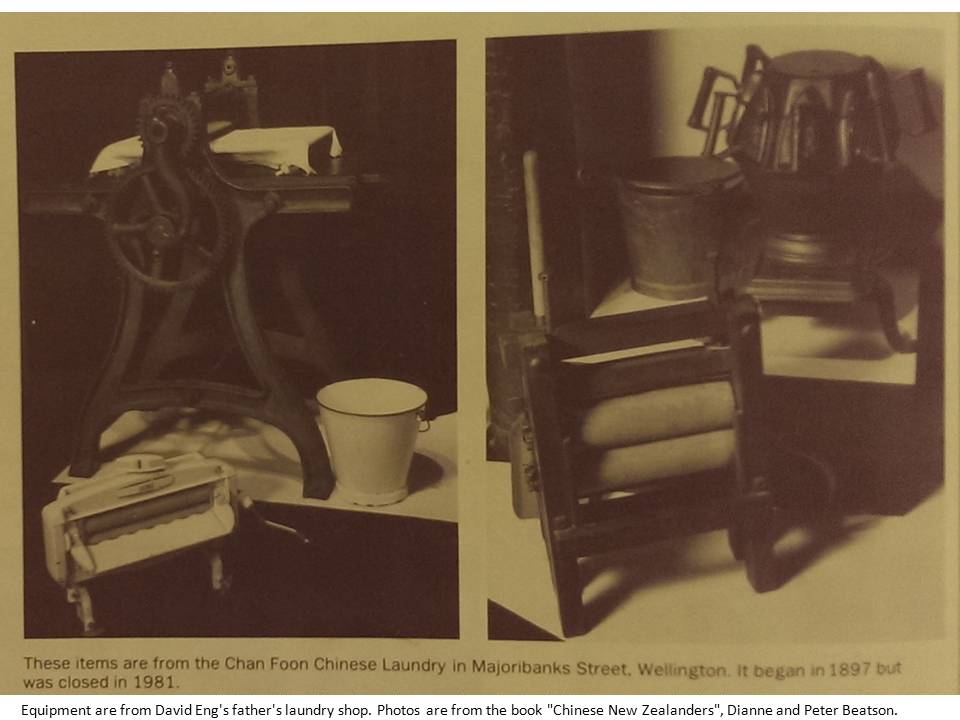 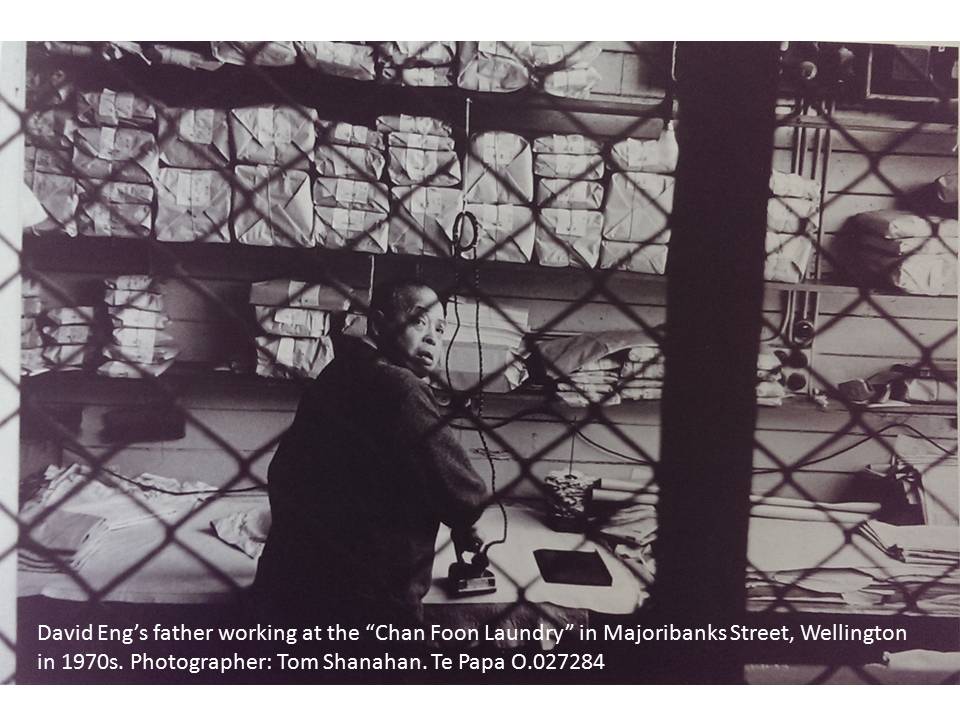 In the tenth episode we talk with Peter Ngan.
Peter Ngan is a third generation Chinese in New Zealand. In 1900 his grandfather came from Guangdong to Otago and worked as a trader. Peter’s father came to Wellington in 1930 and his mother arrived later as a war refugee. Peter was born in 1940, but only gained citizenship when he was 7. His parents operated a hardware store and a fruit shop in Newtown. At the age of 17, Peter took over running the family fruit shop with his younger sister. Competition with 18 other fruit shops in the same area made it a challenging time. Later he worked as a computer engineer at IBM for over 20 years. At the same time he ran a successful bean sprout business with his wife. Peter was Chairman for the Wellington Chinese Language School for two years. 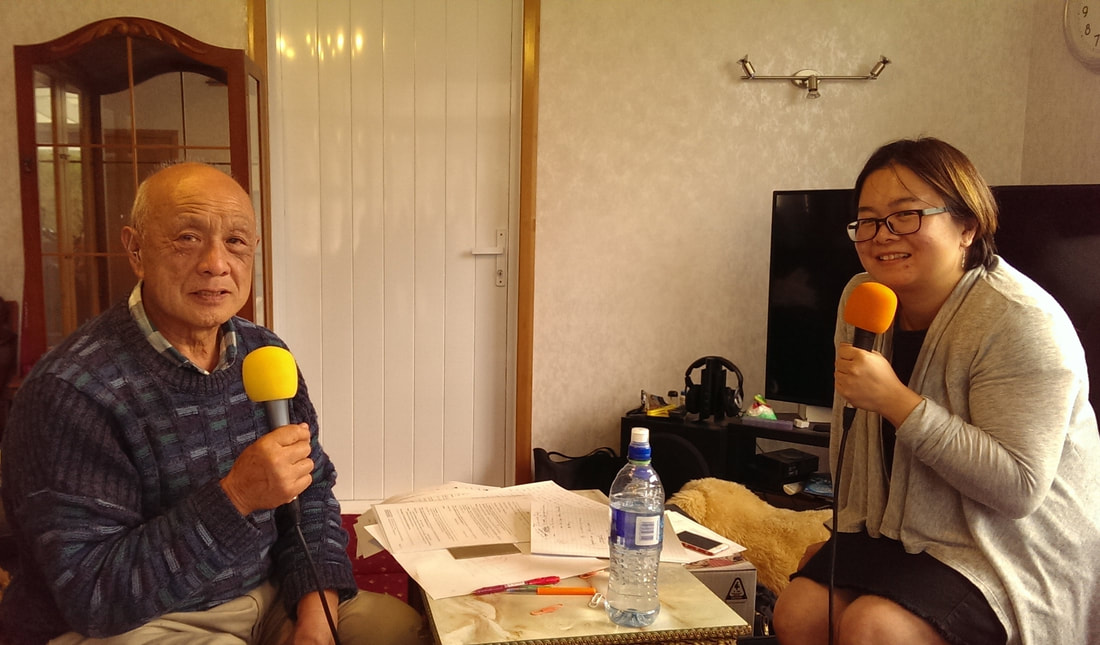 Peter Ngan and Lisa Yung
In the ninth episode we talk with Margaret Lee.
Margaret Lee was born in Guangzhou City, China. In 1945, when she was 8, Margaret and her elder sister were sent to Hong Kong to study. The rest of her family went to Hong Kong as war refugees in 1949. Margaret grew up there before joining the United Nations workforce in Bangkok at the age of 19. Later she worked for UN and other international organisations in New York and New Caledonia. Margaret came to New Zealand to study in 1968 accompanied by her son. She graduated in Political Science and French from Victoria University. After working for five years, she started her law degree and was admitted to the bar in 1980. Seven years later she became a District Court judge. Now she is retired. 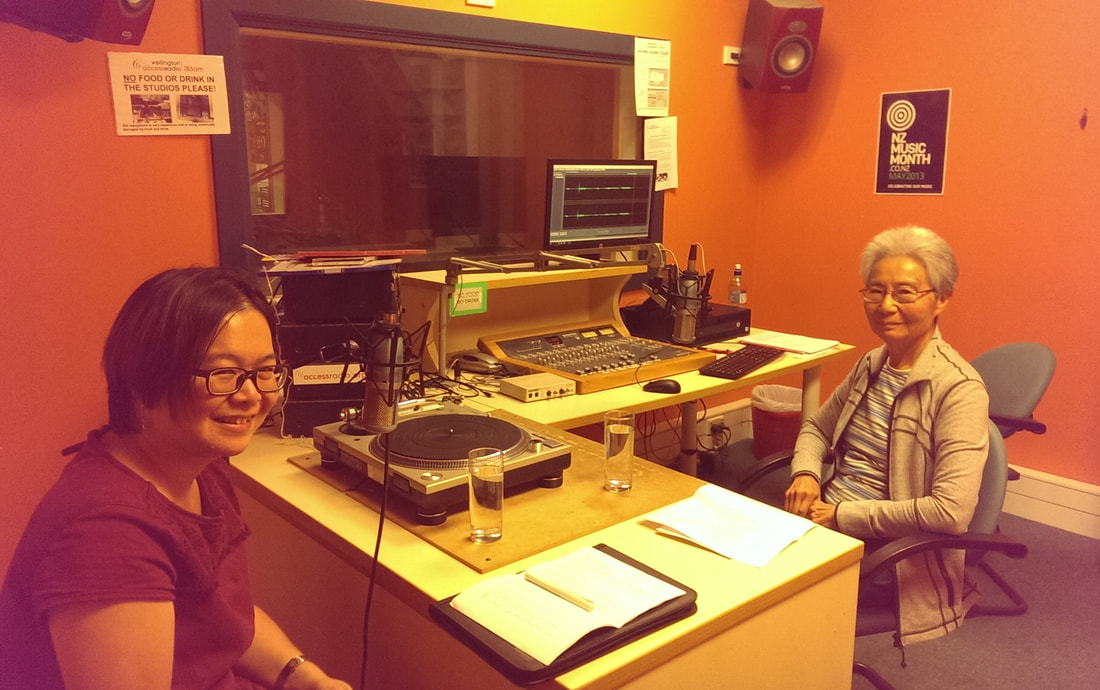 Margaret Lee in the studio
In the eighth episode we talk with David Lee.
David Lee is fourth generation Chinese in New Zealand. His great-grandfather was from Taishan County, Guangdong and he came to the gold mining area in Otago in 1920 as a herbal medicine doctor. His grandfather went to Napier and Gore to work in market gardening, laundries, and the fast food business. David’s father came to New Zealand in 1951. He did market gardening in Oamaru, however he had an accident which resulted in being permanently restricted to a wheel chair. Later he was very successful in the deer products business. David was born in Christchurch and he is the first Chinese councillor at Wellington City Council and is also a member of Green Party. 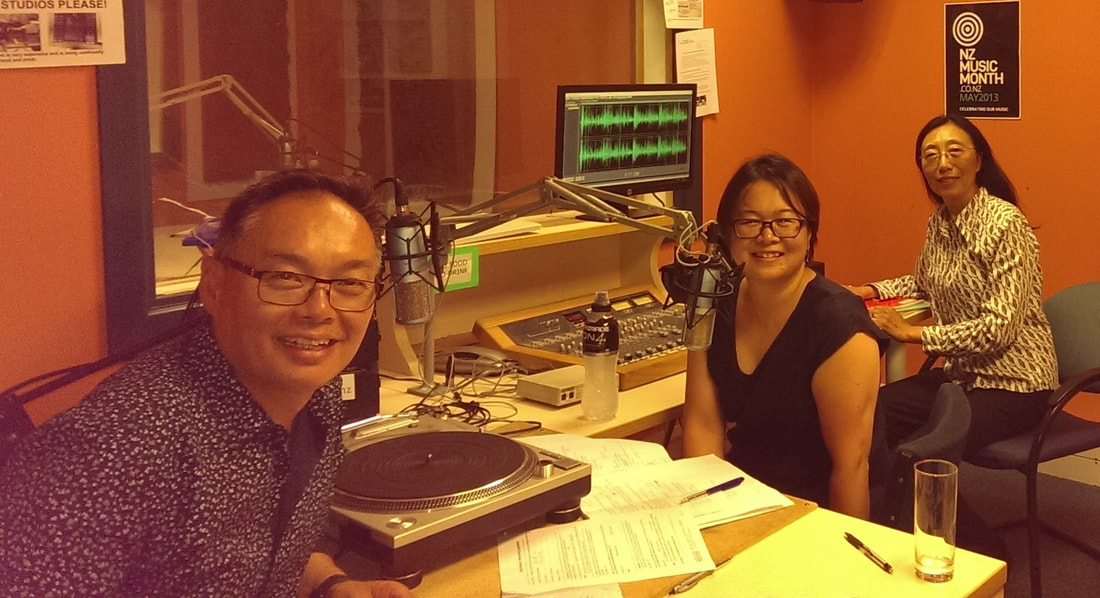 David Lee, Lisa, and Susan in the Wellington Access Radio studios
In the seventh episode we talk with Tony Law.
Tony Law is a third generation Chinese New Zealander. His grandfather was from Ah Woo Village, Poon Yue District, Guangdong and he came to Otago in 1909 as a preacher for Chinese gold miners. Later he spent six years as a reverend at the Anglican Chinese Mission in Wellington. Tony’s father studied medicine from 1937 and became the first New Zealand-born Chinese doctor in New Zealand. He was a very successful doctor in Wellington, which had a great impact on New Zealand’s Chinese community. In 1994, he received an MBE for his contribution to the community. Tony was born in Wellington and he followed his father’s footsteps and became a doctor. Now he is retired.
Tony Law's grandfather
In the sixth episode with talk with Aimee Poy.
Aimee Poy was born in Gaoyao county, Guangdong province, China. Her father obtained a degree from a Baptist school and was a minister of a Baptist church in China. Aimee came to Wellington with her family in 1950 at age 14, as her father was invited by the New Zealand Baptist Church to work here as a minister at the Chinese Baptist Church in Newtown, Wellington. She studied radiography and worked at Wellington Hospital. Her brother, David Fung, was the author of the book “Turning Stone to Jade”. The focus of this book is on the history of the New Zealand Chinese Association.
In the fifth episode we talk with Willie Wong.
Willie Wong is a third generation Chinese New Zealander in New Zealand. His father came here in 1917, having just married. However, he could not bring his wife here for 22 years, it took until 1939, when she could come to New Zealand as a war refugee. Willie was born in Wellington. After leaving school he worked in a variety of jobs and ran different businesses, including a fruit shop and a restaurant. His last business was Molesworth Fruit and Produce, the biggest and busiest fruit shop in Wellington for 12 years. Now he is retired. 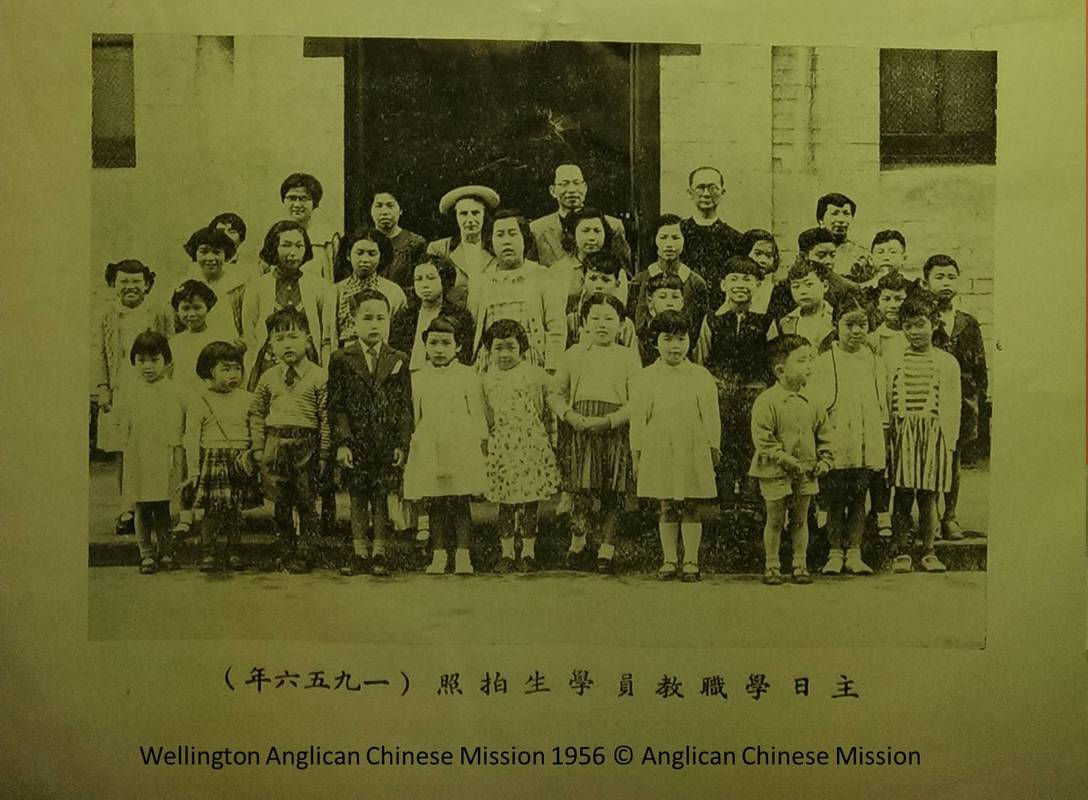 Willie Wong in the Wellington Anglican Chinese Mission
In the fourth episode we talk with Peter Sue.
Peter Sue is fourth generation Chinese in New Zealand. He was born in Hong Kong, when his parents were waiting to travel to New Zealand. Due to the Pearl Harbour incident, the whole family had to return to China. Later his father came to New Zealand. In 1954, when Peter was 13, he came to New Zealand with his mother and sister. Peter worked at the family’s fruit shop and later opened other businesses. He is a chief instructor for Chinese martial arts and karate, and also an acupuncturist. 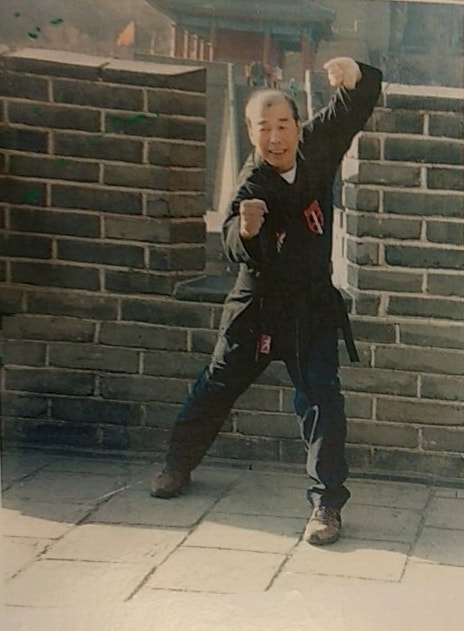 Peter Sue
In the third episode we talk with John Young.
John Young is a third generation Chinese New Zealander. He was born in Poon Yue county, Guangdong province, China. During the war time, his family had to flee to Hanoi in Vietnam when he was 8, while his father was in New Zealand. Eventually his family came to New Zealand in 1949 to unite with his father. He worked at the family’s fruit shop and later opened his own gift shop. John contributed a lot to the Chinese community for a long time. Nowadays John continues to teach Tai Chi. 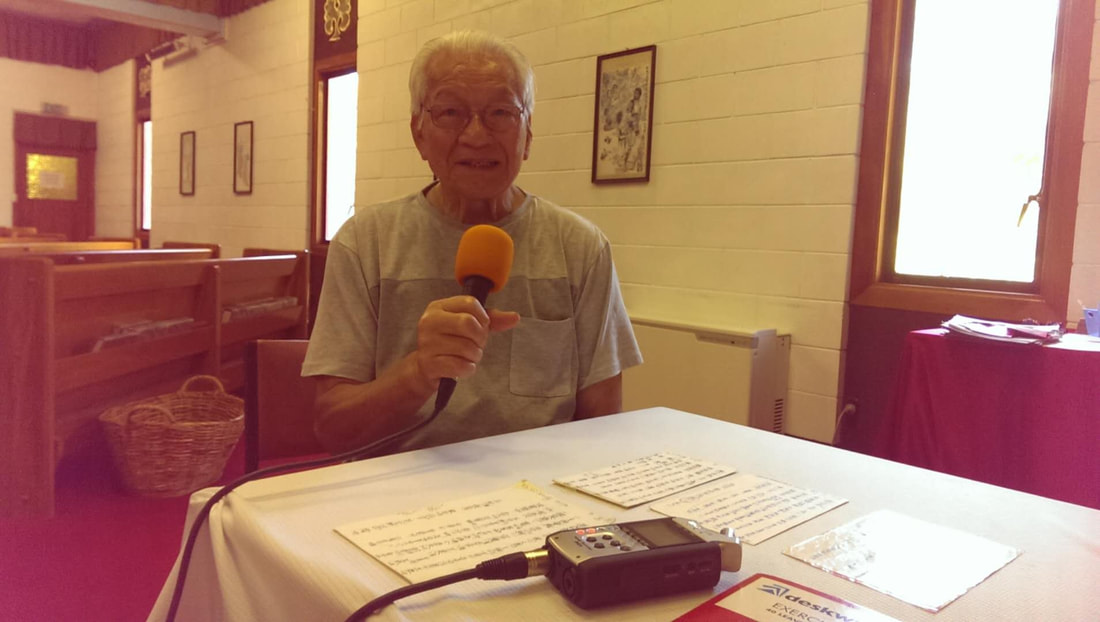 John Young
In the second episode we talk with Sommee Gee.
Sommee Gee was born in Shatou village, Guangdong province in China. During the First World War, she was saved by her stepmother when a Japanese soldier shot at them. In 1941, Sommee came to New Zealand at the age of 5 to join her father Wun On Wong and his family, but her father passed away not long after Sommee's arrival in New Zealand. Her brothers supported Sommee to attend boarding school in Masterton for 11 years. Sommee trained to become a primary school teacher in the mid 50s. Now she is retired. 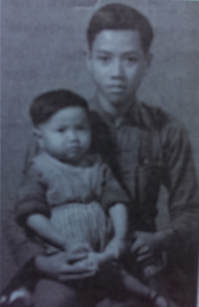 Sommee Gee with her brother
In the first episode we talk with Harvey Wu.
Harvey Wu is a fourth generation Chinese New Zealander. His great-grandfather’s coffin was among the 499 coffins in the sinking of the SS Ventnor. Harvey was born in Wellington and obtained a bachelor in commerce and a chartered accountant qualification. He was the first Chinese New Zealander to be a partner in a major international accounting firm, and was a partner in the Wellington office of KPMG. He is now the Managing Director of an Auckland based engineering company. Following in the footsteps of his father and grandfather, Harvey has been involved in Chinese community affairs for many years, and currently he is the chairperson of the Wellington Chinese Garden Society. For his contributions, he was made a Member of the New Zealand Order of Merit in 2005.
Photos are from the July 1956 Special Issue of the Wellington Anglican Chinese Mission, 50 Year Anniversary Memories and New Church Hall Opening.